Great things come in small packages, and Anthill Garnet is no exception! Uniquely mined with the aid of ants, this garnet variety possesses a coveted deep red color.

Anthill Garnet is truly one of Mother Nature's little surprises. A variety of pyrope garnet found within the American Southwest; it is collected in a unique way. As its name suggests, Anthill Garnet is collected around anthills found in the Navajo Reservation in Arizona. As industrious ants busily work to excavate their ant mounds, they carry tiny specimens of these garnets to the surface. As these gems are discarded at the surface, nature takes over to complete the process for collection. Periodic rainstorms cause the garnets to wash down the side of the ant colony, cleaning them off in the process. After that, it's easy pickings for gem harvesters. These glittering prizes contrast sharply with the soil, making them easy to spot.

As a variety of pyrope garnet, these gemstones are found in the vivid red commonly associated with the stone. It is extremely rare to find specimens of one carat or larger. Most excavated gems typically range from 2mm to 6mm in size. Anthill Garnet usually displays intense color saturation. As the stone becomes larger in size, the color deepens. Rare, large examples might almost appear completely black as a result of this high saturation.

• It's been debated as to whether or not Navajo used these weather-worn gems as bullets. Popular lore suggests that warriors believed the blood-red color of these garnets resulted in more severe wounds.

• Anthill Garnets are occasionally included into ceremonial items, such as rattles.

• This garnet variety has sometimes been identified as Arizona Ruby or Chrome Pyrope.

Anthill Garnet is sourced from the area of the Navajo Reservation located in Northeastern Arizona. These gems are collected by hand and do not occur frequently. Due to this limited availability, these garnets are not widely available commercially. 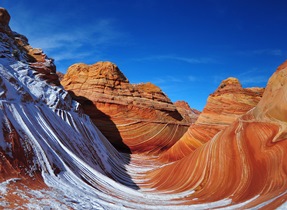 • Anthill Garnet is a variety of pyrope garnet found in the Southwestern United States.

• This gemstone measures 7-7.5 on the Mohs scale of hardness.

• This stone is all-natural and has not been treated in any way.

• Anthill Garnet typically does not occur in sizes larger than one carat, and even those are rare to find!