Kunzite is the pink-purple, to violet-purple, variety of the mineral spodumene. Identified as a unique variety of spodumene in 1902 by George Frederick Kunz, an influential and important figure in gemology at the turn of the century. Though a young gem by gemological standards, kunzite possesses attractive qualities that influence its color.

What are Kunzite Color Qualities?

The presence of trace amounts of manganese provides kunzite its coveted lilac hues. The gem should appear eye-clean and free of inclusions. A pleochroic gem, one can witness subtle and exciting variations of color when approaching the stone from different angles. These variations have the potential to display all variations known within the stone. As with most colored gems, a deeper saturation of color is often preferred.

How is Kunzite Cut?

Teasing the best color from the stone is an arduous task for several reasons. Kunzite possesses two planes of perfect cleavage. Simply put, these are two directions in which the stone can easily separate. In unskilled hands, it 's hard for a cutter to tackle the gem. Patience is required when cutting and sawing the stone, as even a small mistake can be costly, resulting in loss of material or even the entire jewel! Despite this, kunzite is frequently found in larger carat sizes.

As mentioned above, kunzite is pleochroic. In general, any pleochroic gemstone is challenging to cut, as careful consideration has to be provided to the final result. Is it better to bring out a particular shade, or produce a larger size stone? Kunzite typically shows its best color perpendicular to the length of the crystal. Unfortunately, this only provides a small and narrow direction for a cutter to follow when shaping the stone. All of these factors must be considered as a lapidary chooses how to best shape the jewel.

It is possible to create kunzite under controlled conditions, and also color treat the stone through heat or irradiation. Lab created kunzite is practically unheard of, as the process is costly and created gems lack stability when it comes to color. Of these possible treatments, heating is the most commonly used. This improves the color of the stone and removes unwanted elements such as brownish undertones.

Kunzite is a fine stone, and prolonged exposure to sunlight or other strong light is not recommended. This can result in color fading from the gem. In addition, due to its two planes of cleavage, careful handling is suggested to prevent damage to the stone.

Though kunzite is considered a stone that warrants careful handling, it's possible to find the gem in all traditional jewelry pieces. With a Mohs hardness of 6.5 to 7, kunzite approaches quartz in its ability to withstand abrasion and scratching. Due to its potential to experience color fading, kunzite is often considered to be an "evening stone," a gem that's worn after sundown. Also, as kunzite is often available in larger sizes, making it possible to fashion stunning, eye-catching jewelry. This makes kunzite jewelry a great consideration for any formal event calling for glamorous jewelry!

Consider kunzite if you're a fan of other pink gems such as morganite, pink sapphire, rose quartz and others!

How Kunzite Got its Name

• Though it's widely known that kunzite is named for George F. Kunz, it's not as well known about how that came to be. After kunzite was first identified by Kunz, he wanted to honor his friend and financier J.P. Morgan by naming a stone after him. Kunz reportedly made several attempts to contact Morgan about this. Not hearing back from Morgan, Charles Baskerville, the North Carolina professor of mineralogy went ahead and named the stone kunzite after Kunz. Kunz would later have his wish, however. Shortly after kunzite was discovered, the pink variety of beryl was found, and would go on to become known as morganite!

Other Names for Kunzite 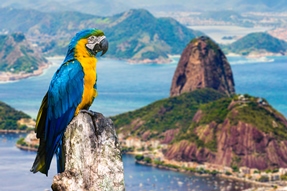 Kunzite was discovered in 1902 in the Pala District of San Diego County, California. After being unsuccessful in identifying the newly found material, it was provided to George F. Kunz for identification. He recognized it as a previously unknown variety of spodumene. By 1903, it was officially recognized as a new gemstone and was named to honor Kunz. Today, kunzite can typically be found in Afghanistan, Madagascar, Brazil and the United States. Shop LC sources kunzite from the Minas Gerais state of Brazil.

Minas Gerais is one of the largest producers of gemstones in the world, and the province contributes significantly to Brazil's natural mineral wealth. Within the state, kunzite is found at the Doce and Jequitinhonha Valleys. Within the two areas, many smaller mines and claims exist, where miners extract the valuable gemstone. A combination of modern and traditional techniques is employed, varying greatly depending on weather conditions, location and other factors. The Urucum claim is of particular note, providing many high-quality examples of kunzite. Shop LC is fortunate enough to bring you specimens from this location through our exclusive network of dealers.