The opal is celebrated for its spectacle of rainbow-like hues which vary with lighting or angle of observation. The Ethiopian Welo opal displays the liveliest play of color and fire and often this vivid frolic of colors infuse an entire piece.

With an internal kaleidoscope of fiery color the opal is one of the most appealing and fascinating gems in the world. The best samples will exhibit a one-of-a-kind dazzling pattern of color and light popular with jewelers all over the globe.

The development of this gemstone started millions of years ago when a mixture of silica and water flowed into cracks and holes in the ground. Over time it hardened and solidified to turn into opal.

Ethiopian Welo opal is a hydrophane meaning that it can soak up water like a sponge. When hydrated the stone becomes more translucent and the play of colors more defined. After it releases water it reverts back to opaque.

• Aboriginal Australians believe that opals came to be when their creator came down to earth on a rainbow to bring the message of peace to mankind. He breathed life into the stones he stepped on and they started sparkling in all the colors of the rainbow.

• Ancient Arabs believed that they fell from the heavens in flashes of lightning. Based on this tradition opals were believed to protect against lightning strikes and bad elements.

While Ethiopia is one of the oldest inhabited areas on earth and anthropological reports show evidence of opal tools dating back to 4000 BCE. Despite a long history modern mining for Ethiopian opals is a fairly recent development. Ethiopian hydrophane opals were discovered in the Welo region of Ethiopia in 2008. 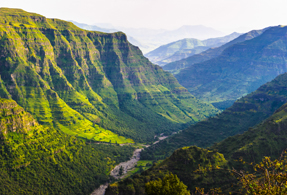