Jalisco fire opal captures the glow of volcanic lava streams within which it formed. Venerated for its vibrant and passionate orange sparkle this fiery gem is a favorite for collectors.

As its name suggested this gem sprang from fire in particular from the ancient volcanoes of the Jalisco region of Mexico. Nuggets of opal can be seen fixed in lava streams. This gem formed when water trickled into molten rock permeating its crevices. With high temperature and tension silica created a compact gel that trapped the water inside the stone.

The ancient Maya Aztec and Inca tribes called this treasure the "stone of the bird of paradise." The fire opal is the national gemstone of Mexico.

• The Aztec civilization referred to fire opal as "quetza-litzle-pyolliti" after Quetzalcoatl the god of death and resurrection. Fire opal has been called the "lost treasure of the Aztecs."

• Fire opal is a healing thought to diminish sadness and guide its wearer in the quest for true love.

• Ancient Arabs believed that they fell from the heavens in flashes of lightning. Based on this tradition opals were believed to protect against lightning strikes and bad elements.

• William Shakespeare called the opal the "Queen of Gems" in his comedy Twelfth Night."

The finest quality of Jalisco Fire Opals can be found in Mexico from its western state of Jalisco. The state's most valuable mines resurfaced in the 1950s. Shop LC purchases them directly from the source and is proud to pass these savings on to our valued customers. 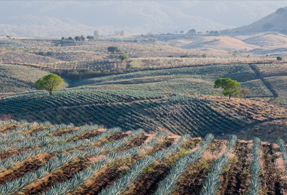