Looking into a Peruvian Pink Opal is like looking into a pink cloud with tiny raindrops of color. The opal is celebrated for its spectacle of rainbow-like hues which vary with lighting or angle of observation.

The development of this gemstone started millions of years ago when a mixture of silica and water flowed into cracks and holes in the ground. Over time it hardened and solidified to turn into opal. Some opals are hydrophanes meaning that they can soak up water like a sponge. When hydrated the stone becomes more translucent and the play of colors more defined.

In most cases a frolic of magnificent hues covers the entire opal. The very finest varieties reveal dazzling patterns that are popular among jewelers all over the globe. A fashion favorite there is high demand for this pretty pink gemstone seldom seen in jewelry stores.

The pink opal gets its color from included organic compounds known as quinones. The opal displays a range from opaque to translucent based on the cut. Peruvian opals may show fern-like dendritic inclusions.

• Aboriginal Australians believe that opals came to be when their creator came down to earth on a rainbow to bring the message of peace to mankind. He breathed life into the stones he stepped on and they started sparkling in all the colors of the rainbow.

• Ancient Arabs believed that opals fell from the heavens in flashes of lightning. Based on this tradition opals were believed to protect against lightning strikes and bad elements.

• William Shakespeare called the opal the "Queen of Gems" in his comedy Twelfth Night.

This stunning pastel pink gemstone is mined in the Andes near San Patricio Peru. These stones are naturally pink and do not go through color treatment to enhance their color. 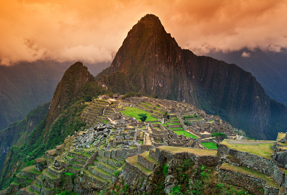