Emerald by day, ruby by night, Alexandria quartz is twice the delight! 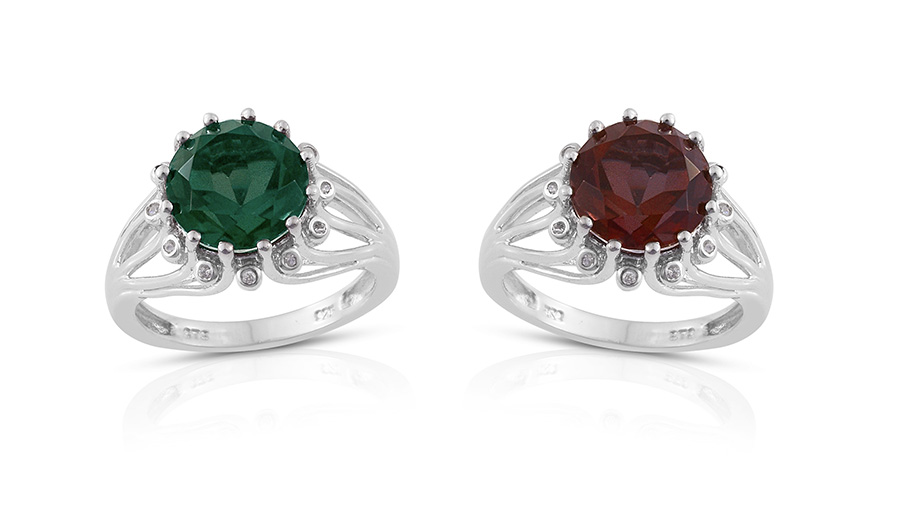 Alexandrite has long been one of the rarest, most coveted gemstones. Few jewels display such amazing color change properties, and fewer still are readily available for purchase. Alexandria quartz, however, offers the unusual phenomenon seen in its natural cousin for a fraction of the price!

What is the Alexandrite Effect?

Reinterpreting the amazing optical qualities of alexandrite gemstones, Alexandria quartz displays the soothing blue-green hues of precious emerald under fluorescent light (daylight). Move the gemstone to incandescent light (candlelight), and witness the incredible change! It shows another facet of its character – striking purple-reds that add an element of romance to your special occasion.

How is Alexandria Quartz Made?

Alexandria quartz is an assembled triplet gemstone, made from the finest rock crystal quartz available. Sourced from the Brazilian state of Minas Gerais, the quartz here is world-famous for its amazing eye-clean clarity, making this rock the ideal base for creating assembled gemstones such as Alexandria quartz. A distinctive colored epoxy layer joins two halves of genuine quartz to create this fascinating treasure. The layer of color is specially formulated to duplicate the mesmerizing “alexandrite effect.”

Normally, genuine alexandrite is quite limited in the market. Not only is it a rare stone, but it's also rarer to find it in larger sizes! Coupled with the challenges of faceting rough, very little alexandrite makes it to market. When it is available, sizes of around one carat are unusual. Though stones up to three carats in size can be found, they are very rare.

• The use of the word quartz can be traced back to the 16th century. It is a German word, used by miners, though the precise origin is unknown. It refers to an area where veins of material intersect.

• The word crystal has Greek roots. The Greek word krystallos simply means “clear ice.” The Greeks, along with many other ancient cultures, considered rock crystal to be a form of solidified or petrified ice.

Is Alexandria Quartz a Birthstone?

Quartz is one of the most abundant materials on the planet. However, not all quartz is created equal. Brazil is home to many wondrous gemstones, and they are considered to be one of the best sources of natural eye-clean rock crystal quartz. Shop LC sources our supply of clear crystal from Minas Gerais, Brazil. 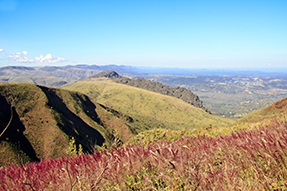 Rock crystal, otherwise known as quartz, is mined from the many pegmatite sources found throughout Brazil. Minas Gerais is located right in the middle of a deposit that encompasses a significant portion of the state, making it home to some of the finest crystal quartz around.

Though the clear quartz gems from Minas Gerais are superior regarding color and clarity, they are still first found as rough material. Rough quartz takes a lot of work to shape down to a gem-quality crystal. The experienced eye of a lapidarist will spend time examining a stone, grinding it and analyzing it over and over as it is whittled down, slowly revealing the transparent gem underneath.

This process means that only between five to fifteen-percent of rough quartz becomes a gem! And with triplet gems, the top and bottom will be shaped separately, before fusing with a special colored epoxy. Once securely dried, the gem will be polished a final time to provide a quality finish. After that, it only needs to be set in jewelry before finding a home in your collection.

Alexandria Quartz displays soothing blue-green hues in daylight, and in candlelight, the incredible change turns this gemstone to romantic purple red. With quartz from Minas Gerais, Brazil, one of the best sources of natural eye clean rock crystal quartz, creating a striking color-change gemstone in the size and shape you want at an incredible low price. If you’ve ever wanted to own a color-change gemstone, tune into the amazing Alexandria Quartz.