One of the most desired varieties of quartz Galilea rose quartz stone is a universal symbol of love and romance. Prized for its soft pink hues this gem has captured the hearts of gem lovers around the world.

This variety of quartz is named for its pink rose-like color. Galilea rose quartz comes in an array of rose hues that range from pale soft pinks to deep reddish-pink. While pure quartz is white or colorless this stone contains traces of titanium which gives it its rose coloring.

The earth's crust is made up of nearly 12 percent quartz making quartz the most abundant single mineral on earth. Quartz comes in a variety of hues and has been in circulation for thousands of years. The name quartz comes from the Greek "krystallos" meaning ice and "querklufterz " a Saxon word meaning cross-vein ore.

• Known as the "heart stone " rose quartz was used as a token of love and affection as early as 600 BCE.

• Prized for its powers of beautification facial masks of rose quartz have been recovered from Egyptian tombs. Egyptians and Romans believed it would clear the complexion and prevent wrinkles.

• Quartz is thought to energize and stabilize both your body and aura. It can hold and amplify the healing and therapeutic properties of other crystals.

• Rose quartz is the stone of universal love. Wearer of this stone may feel a strong sense of self-worth. It inspires a love of beauty both within and from others and stimulates the imagination.

• Rose quartz is a powerful sleep aid crystal used to ward off bad dreams or fear of the dark in children. It is also a good calming stress reliever.

• Crystal healers have used quartz to boost the immune and circulatory systems. It may act as a pain reliever by placing it on affected areas."

• In Feng Shui Galilea Rose Quartz guides energy to lifeless corners and reduces the effect of negative energy streams directed toward you." 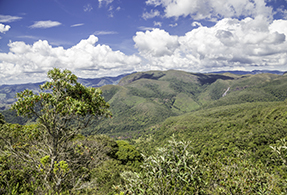 Quartz is one of the most diverse gemstones in terms of varieties and colors. We source our rose quartz gemstones from the Galilea mines in the Minas Gerais region of Brazil. This area is known to produce some of the highest quality quartz gems in the world.