Spinel is an ideal gemstone to work with. It registers hardness of 8.0 has consistent quality with superior reflectance and is devoid of any cleavage.

The name spinel comes from the Latin "spina " meaning thorn and the Greek word for spark alluding to the gem's intense color and the spikey crystals present in certain varieties.

With its strength and beauty spinel is commonly mistaken for diamond ruby or sapphire. However this gem is exceptional in its own rights. Unfortunately the global market is currently facing a dwindling supply of spinel making this a stone precious due to limited availability.

• A gem known as the Black Prince's ruby set atop the British Imperial State Crown is actually a 170-carat red spinel.

• During the Battle of Agincourt in 1415 King Henry V sported a helmet adorned with spinel. Henry received a massive blow that almost took his life. Members of his court believed that the spinel saved the king's life allowing him to carry on and lead his troops to victory.

• The Timur Ruby inscribed with the names of the emperors who once possessed the gem was once believed to be the largest ruby in the world. The splendid 352-carat gem is actually a red spinel now owned by Queen Elizabeth II.

• Practitioners of the "dark arts" were thought to use spinel to call on evil spirits and as a talisman to shield them from fire.

• Spinel is thought to foster relationships and aid in settling issues. It is associated with passion and is believed by some to extend one's life.

• Spinel is linked to affection dealing with pride and caring for others. 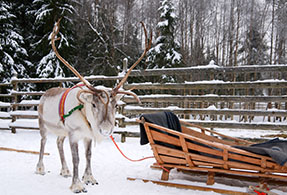 Thai Black Spinel is sourced from the Bo Phloi district in the Kanchanaburi province in Thailand. With a stark black palette like a starless night sky the black spinel is a distinctive gem. Unlike most gems it does not require routine enhancements to keep its luster. Only simple polishing is required.

Mahenge Purple Spinel: Treasured for its brilliance and spectacular purple hues and lavender undertones Mahenge purple spinel is one of the gem kingdom's best kept secrets. This gemstone's popularity has rapidly increased in recent years making this a rare prize.